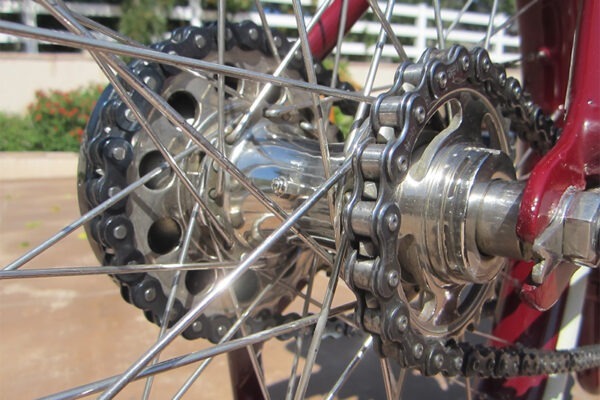 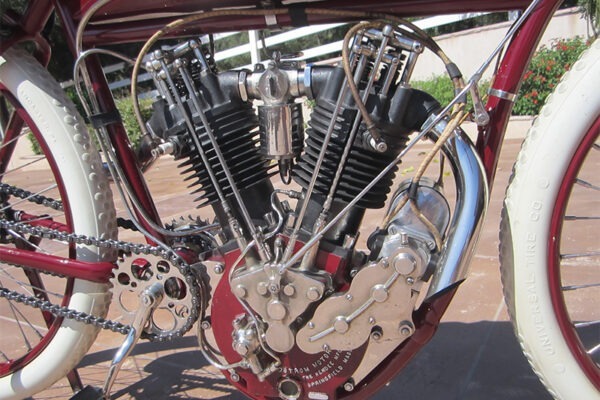 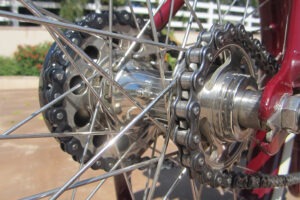 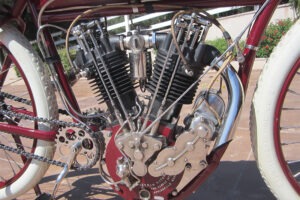 SCROLL DOWN FOR INFO AND A VIDEO OF THIS MOTORCYCLE

Firing up this amazing piece of history means loud, screaming, thrilling sound and a lot of flames from the ported cylinder and heads and short exhaust pipes. The Harley-Davidson/Indian wars started way back when the very first motorcycles rolled out of the two factories and showed up at the same racing event well over 100 years ago. The first Harley-Davidson was created by a few brothers and a neighbor in a Milwaukee garage. Indian was created by George Hendee and Oscar Hedstrom and these two men created a partnership under the Indian Motorcycle Company that lasted over a half century. During those glorious years, both marques were fierce competitors as the designers and engineers in the race departments were pumping out the latest innovations and coming up with excellent designs for their top racers. At the zenith of their technology, both factories simultaneously squeezed every bit of talent they could out of their designers, and the best of their best was the creation of the overhead 8-valve V-twin. These motors were the fastest on the track and true engineering marvels, and, in today’s world, the 8-Valve racers are some of the most highly coveted machines of collectors and enthusiasts alike. This example has become known as the “Steven Wright Indian 8-Valve.” The motorcycle is pictured on the back sleeve of the first volume of the “American Racer” with the owner and author of the two books, Steven Wright. The late Wright restored his Indian 8-Valve about 35 years ago. Wright was one of the very first or second generations of enthusiasts that sourced out the old racers that still survived. This iconic 8-Valve is a no-excuse, undisputed, original bike that has stood the test of time and would be a centerpiece for any museum or private collection.  Selling with a Bill of Sale only.